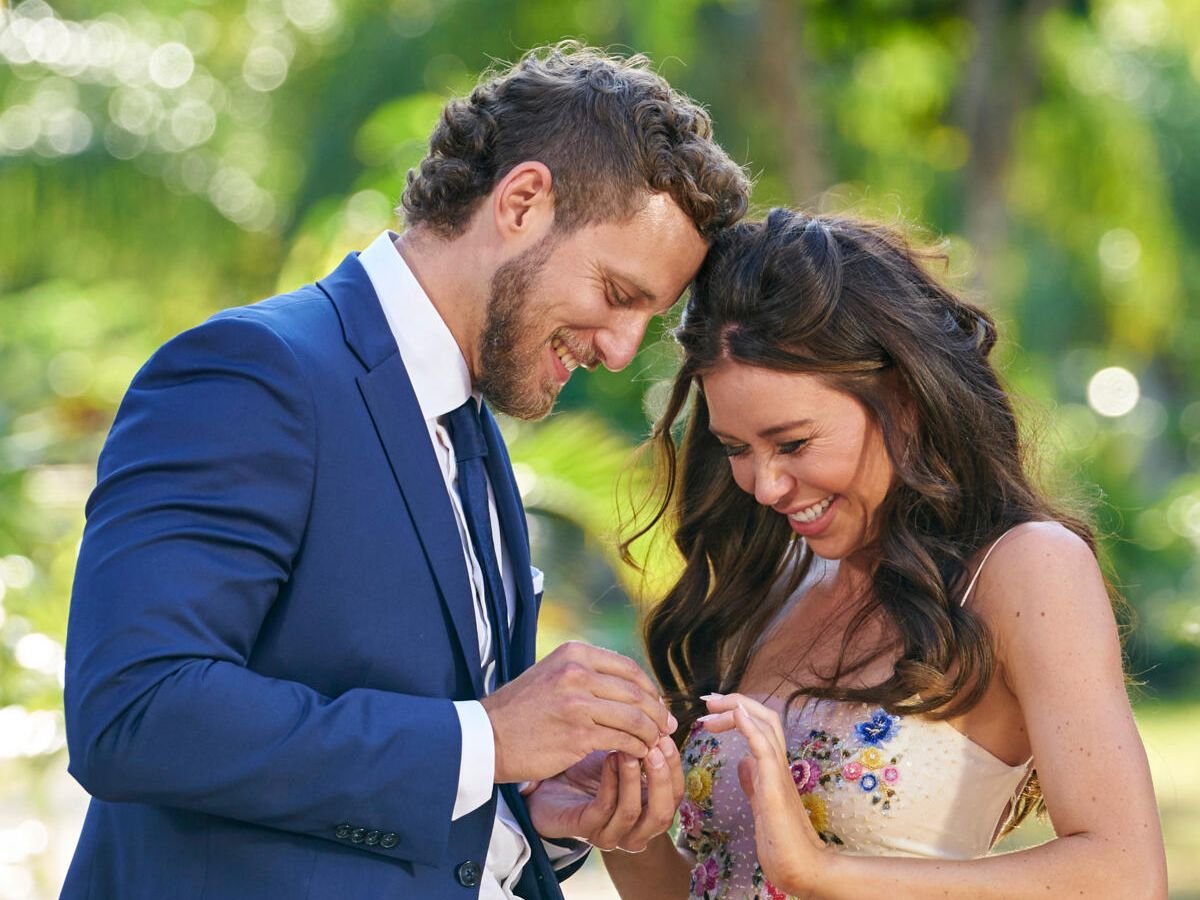 Gabby Windey clarifies a few accusations that went public against her now fiancé, Erich Schwer along with talking about other challenges they had to face.

At the finale of The Bachelorette season 19, Gabby Windey and Erich Schwer got engaged, and while the couple is excited to see how their life in the normal world is going to be, the challenges have already started to fill in their spaces.

During a conversation with People magazine, Gabby Windey shared that there is a lot of excitement, and with the excitement comes some fear because no one knows what they are walking into, but the co-lead mentioned that they feel like a whole new world post-filming of the show.

Gabby Windey mentioned that as of now she has plans to move to Los Angeles, where her now fiancé Erich Schwer lives and said that being apart from him while their relationship remained a secret was a little challenging, but they were committed to each other to make it work, so lots of FaceTimes and lost communication were involved.

Gabby Windey, who is now appearing on another reality show, Dancing with the Stars season 31, said that being apart from Erich did sort of help the two of them to open up about their feelings early on and explained that if there was an inkling of a worry or a concern, one should always bring it up soon rather than waiting and then bringing it up because the time is so limited together and that is exactly what they did. She added that one would address some things in person and then be together again, and eventually, they would get into more of a rhythm.

The reality show star expressed that she wishes she could have been with Erich Schwer when he lost his father, Alan Schwer, in July after his battle with cancer. She said that the time when he lost his father was and still is very hard for him, and she just wanted to be as supportive as she could be for him and his family. Gabby stated that it was difficult for him not to be there in person for him and to support him and his family from afar, but that it did strengthen their communication and, hopefully, open up a new chapter in their relationship.

One of the challenges that the couple had to face was when Erich Schwer’s picture from the high school yearbook in blackface resurfaced, about which she said that she had learned about the picture at the same time as the rest of the world and she was shocked when she saw it. Gabby, however, said that she was just in a state where she found it hard to process her thoughts and then thought about how they could grow as a couple and learn from this. On Erich’s part, he did take to his social media to apologize for his offensive and dangerous behavior.

But the challenges went on to grow more and more for them as Erich Schwer’s ex Amanda Kaylor shared a couple of screenshots online in which it pretty much seemed that Erich had broken up with her to go on a show, needed a career advancement, and had tried to convince her to wait for him, which she refused. But these texts did not shake Gabby Windey because she mentioned that Erich had already told her about the messages after the filming of the show had wrapped up.

Gabby said she was expecting the text messages and he was scared that they were going to leak and she only told him to come clean and tell her what was going on. Erich told her what was going on and Gabby said that there was not much that she could say or do. She added that ultimately, it was a time for them to take a step back and reflect on their relationship and see if they could get through this, and she continued that one needs to be very good at communicating and being honest with each other while having tough conversations like these. She also said that they are seeing how they can benefit from both.

The ICU nurse, however, did mention that the newly engaged couple is now working on building the relationship stronger and tighter and said that their commitment to each other is there and now it’s just doing the hard work, which is getting to know each other on a deeper level, communicating things properly and honestly, and working on strengthening the building blocks before they walk down at the altar. She had said in a different interview that it was hard to see everything unfold, but their communication got better, he was honest and gracious, and she believed what he said, and concluded that honesty and willingness to take accountability for their actions is what she wants in a partner.

Erich Schwer also addressed the text messages from the ex-situation where he had mentioned to her that the love on the show wouldn’t be real. He explained while speaking to host Jesse Palmer that he was taking the cowardly way out and was leading the girl on and was using the show as an excuse to not confront her about their relationship at a time when he did not see a future with her but they were having fun. He went on the show to make it through one night and then see what happens.

The newly engaged real estate agent said that when he met Gabby on the first night, everything changed and he just wanted to spend more time with her and see how it went. Where it went, they had the happiest ending that could have been possible for them. Erich said that the love he has for Gabby Windey is real and he never expected that to happen. Now that it has happened, he wants this to be forever. 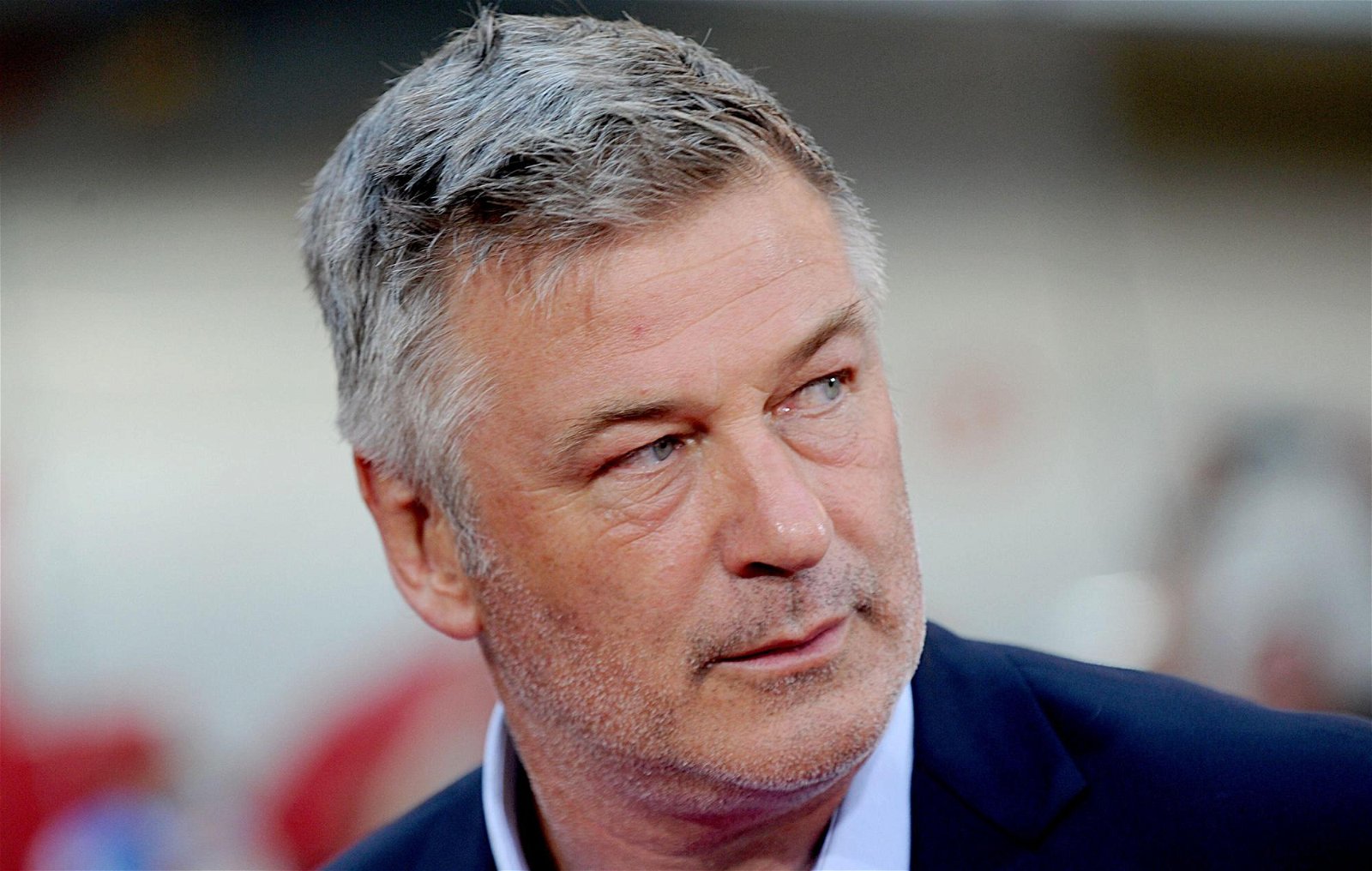 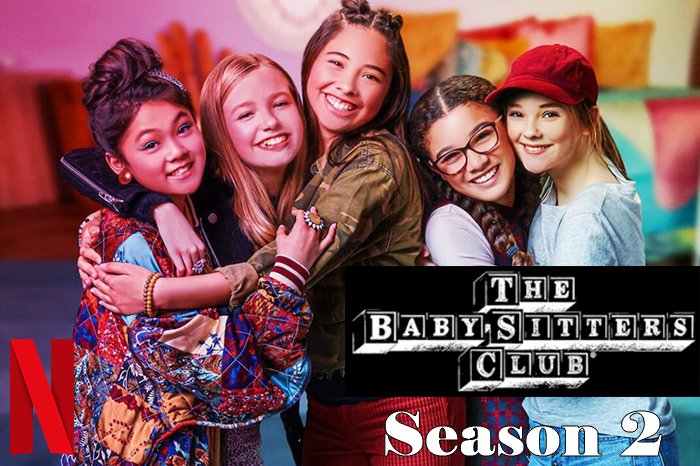 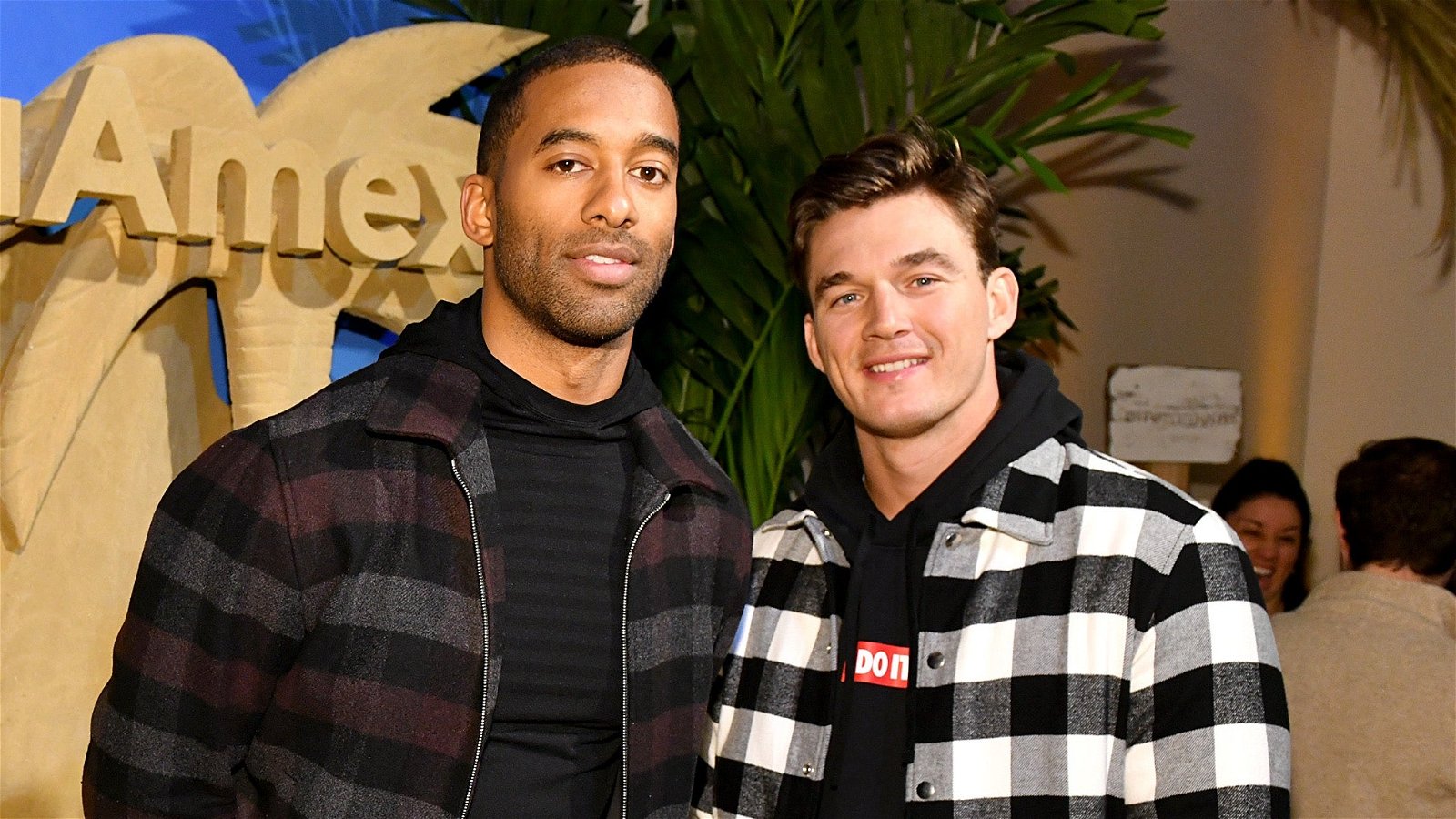 Where do Tyler Cameron and Matt James' friendship stand? Find out here. 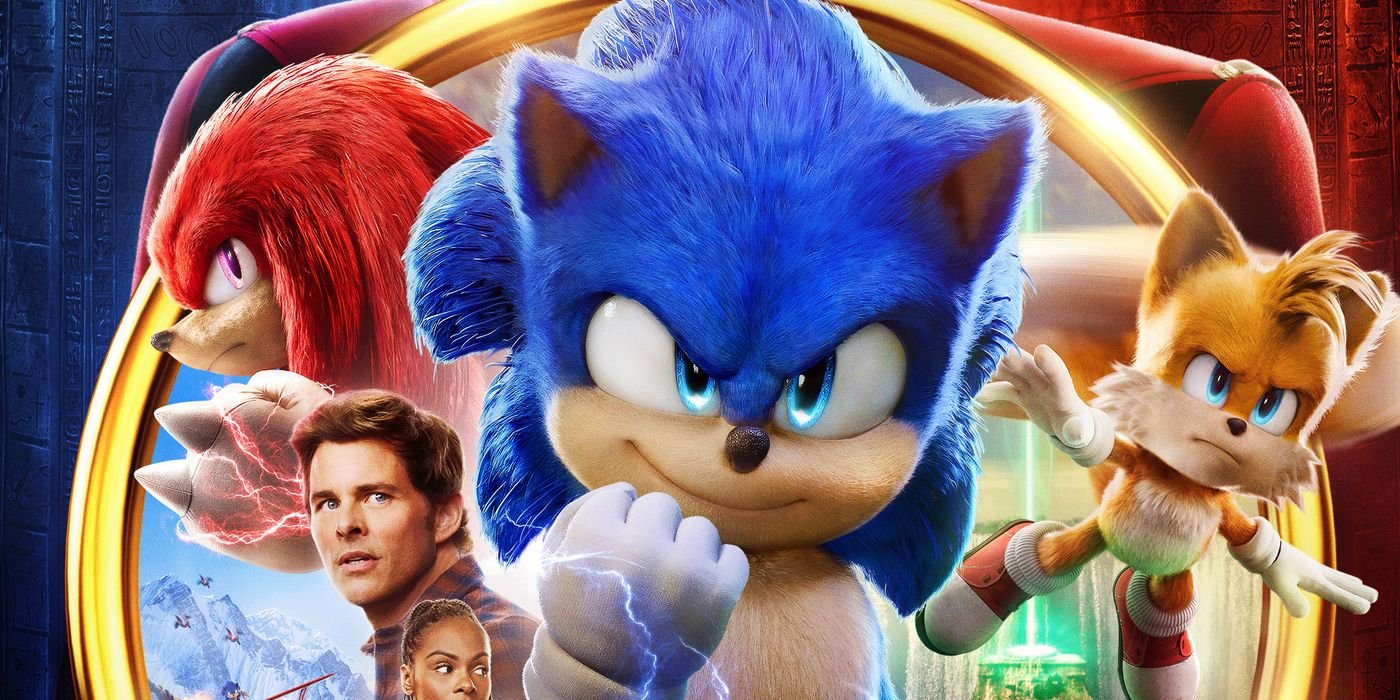 How did Sonic Hedgehog manage to rule the Box Office as a video game based film? 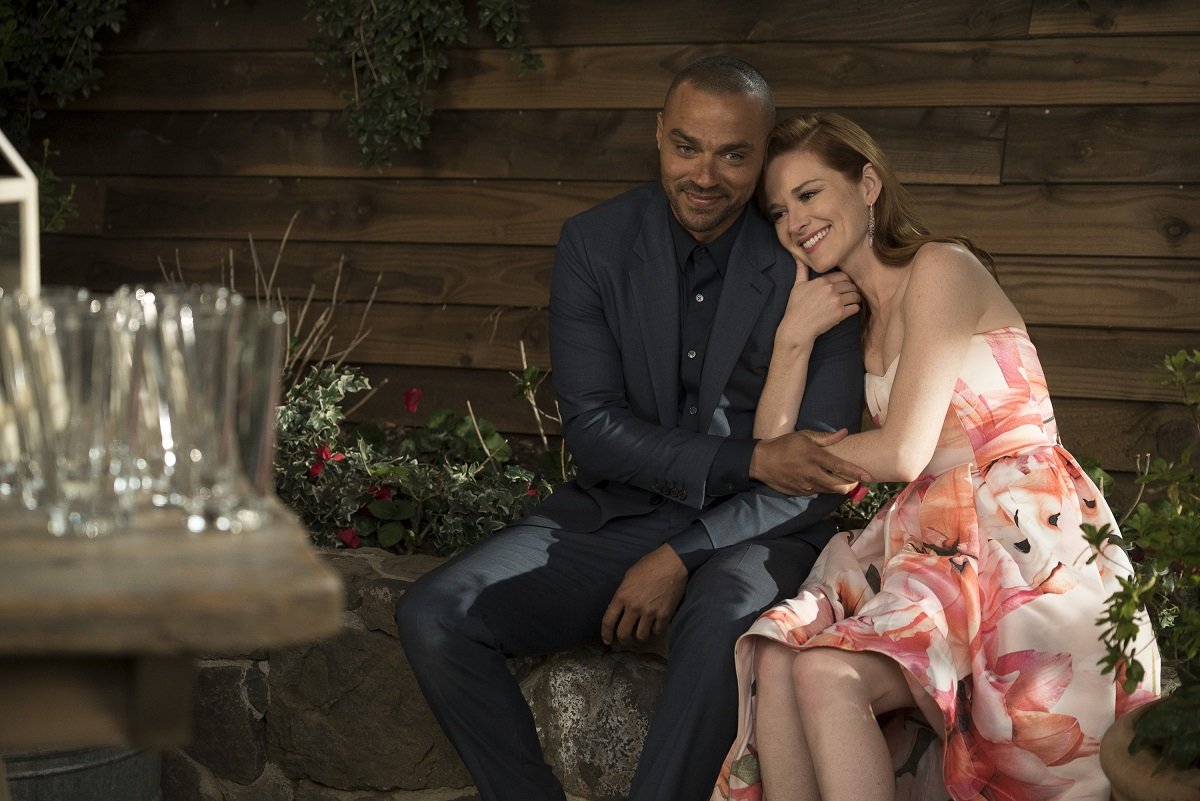 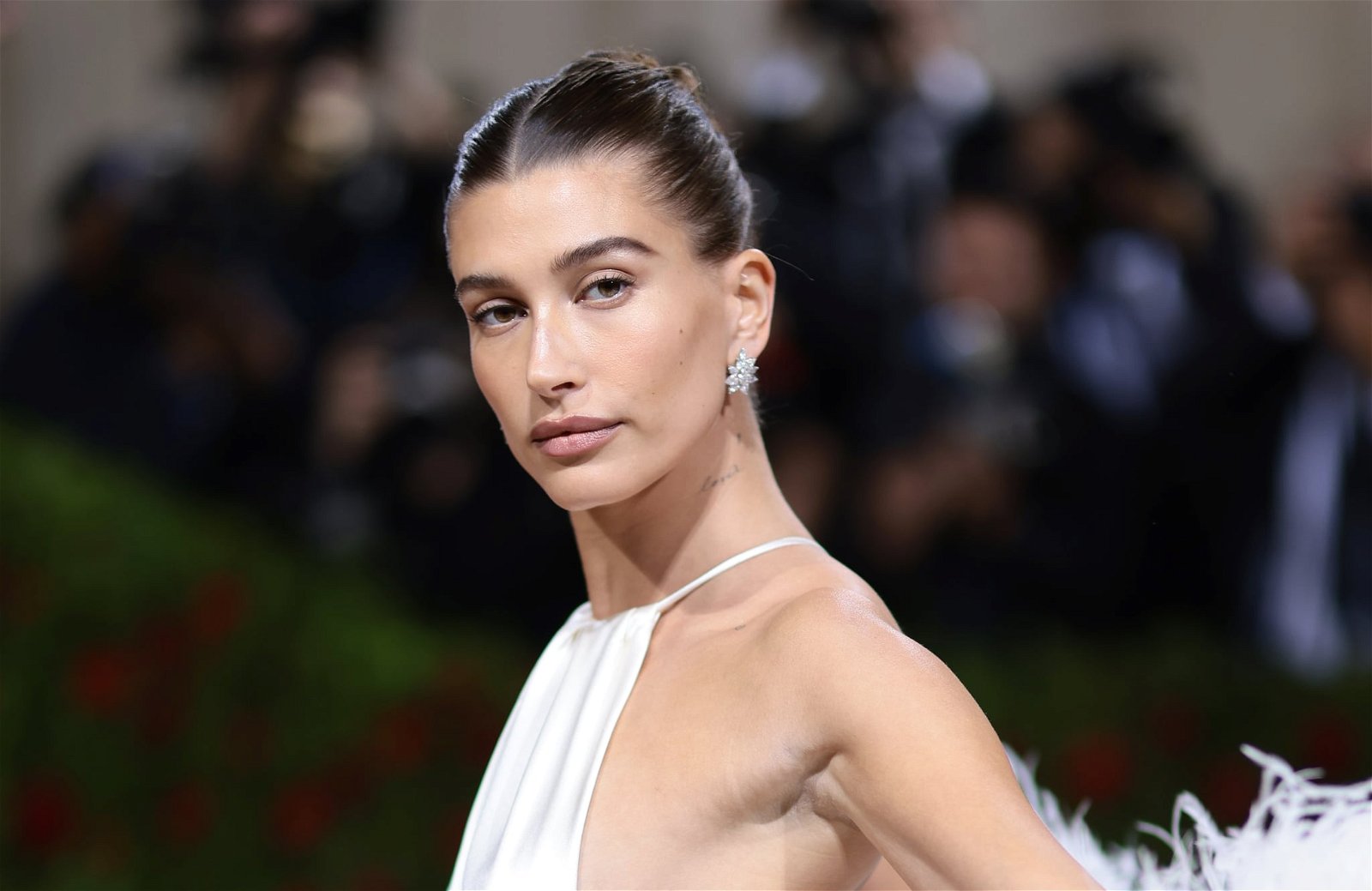