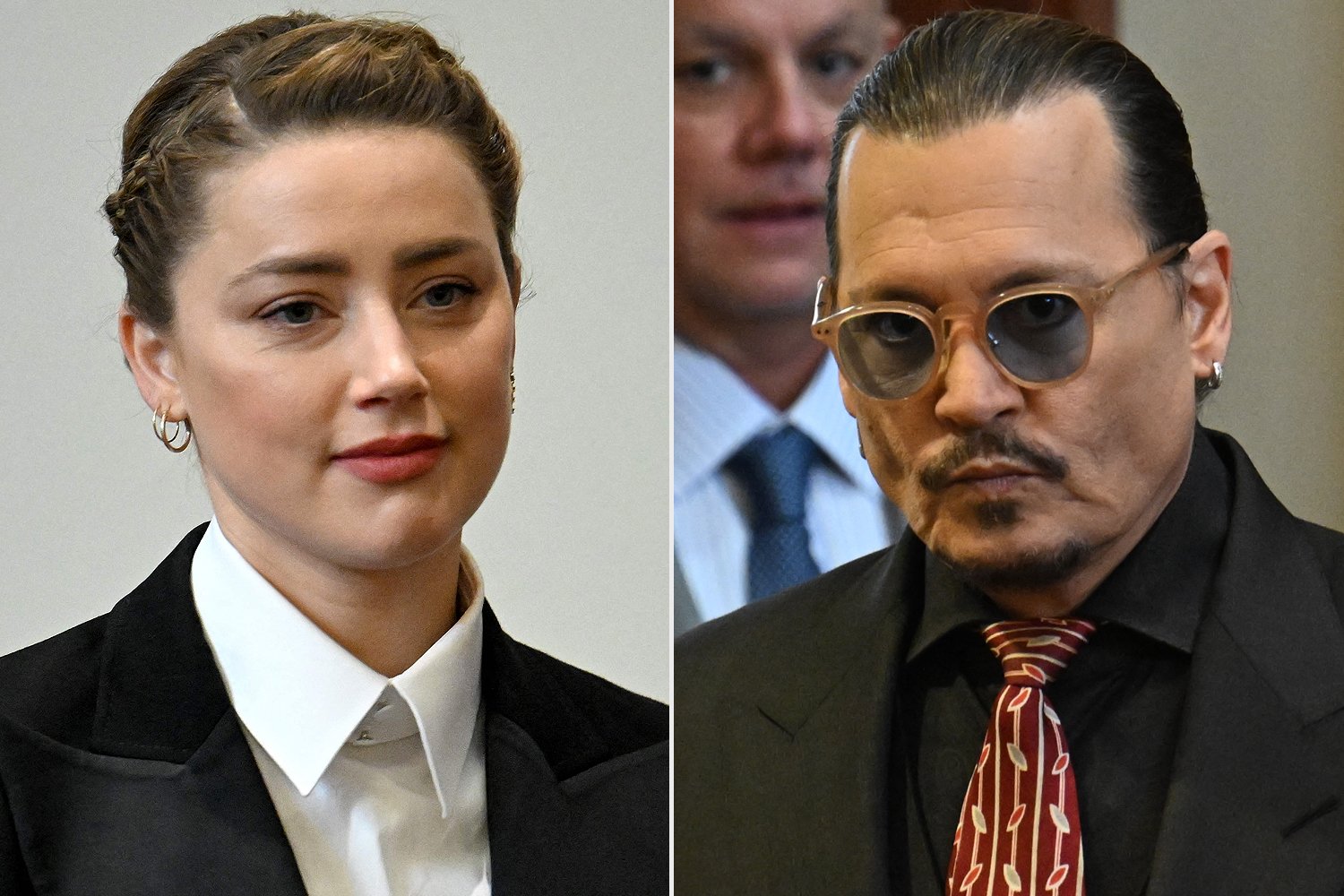 Actress Ellen Barkin was called up on stage to testify about the relationship she shared with Johnny Depp, and she mentioned that the duo met in 1990 and soon developed a friendship that lasted almost ten years, and they starred in a movie together, "Fear and Loathing."

Ellen testified in a pre-recorded deposition that their relationship was romantic, then changed it to sexual after she moved to Hollywood and Johnny Depp switched the buttons. She said that their relationship lasted several months and she was aware of the fact that Johnny Depp drank too much. Ellen said that he was a red wine drinker and she witnessed him using cocaine, marijuana, and hallucinogenic drugs once when he mentioned to her that he was tripping.

Ellen Barkin also mentioned one incident where Johnny Depp threw a wine bottle across the hotel room during the filming of Fear and Loathing in Las Vegas, where there was a fight going on between Johnny Depp and his friends and the assistant. On asking if the bottle hit her or anyone else in the room, she said no, as it was a toss that came from the other side of the room. The couple eventually broke up and she never heard from Johnny Depp again but did mention that Johnny Depp was a jealous man and controlling. Johnny Depp had previously mentioned that Ellen Barkin was someone he had a fling with who wanted a real relationship with him, but he did not want the same thing at the time, which made her angry and she has managed to keep that grudge over the years.

Johnny Depp’s former friend, Bruce Witkin, also testified in a pre-recorded deposition and mentioned that they were best friends for forty years until they drifted apart four years ago. Bruce shared that Johnny Depp has a jealous streak in him and added that initially he was jealous of fellow actor and friend Nicolas Cage and showcased some of his jealous behavior during the time he was in a relationship with Vanessa Paradis, but clarified that a lot of it was in his head and not in reality. Bruce, in his testimony, added that Johnny Depp would work himself up if Amber Heard was working and he could not keep an eye on her. Bruce added that the jealousy part is a deep-rooted issue for Johnny Depp and it has nothing to do with Amber Heard.

Bruce Witkin witnessed Johnny Depp snorting cocaine for the first time in 2014 with Aerosmith guitarist Joe Perry. Bruce shared that he told Johnny Depp, who was having some money woes, to spend less and start doing more movies, along with stating that he was part of Johnny Depp’s prior lawsuit against his business management group. Johnny Depp was not happy with his testimony and so they drifted apart. Bruce said that Johnny Depp sent him a text that said that he had stabbed him in the back and badmouthed him in 2017 and they hadn’t seen each other since 2018. He also added that, according to him, there were some people behind the scenes talking shit about him to Johnny Depp as everyone tried to be his best friend and speak lies and bullshit about him, which, unfortunately, Johnny Depp believed hence, end of their friendship.

Talking about the bruises, he said that he only witnessed a bruise on Amber Heard’s upper arm once, but it looked like someone had grabbed her and not physically punched her. Bruce Witkin added in his testimony that when it comes to Amber Heard, Johnny Depp’s feelings were not so much on the angry side but more of confusion and sadness. He also mentioned that he witnessed a fat lip on Johnny Depp in either 2015 or 2016.

Business manager with The Management Group, Joel Mandel, also testified via video where he mentioned that Johnny Depp sued him for $25M in 2017 after accusing him of fraud, theft, and malfeasance, and they eventually settled the case. Joel stated that he represented Johnny Depp for 13 years and in 2016 Johnny Depp fired him, revealing that the actor had earned more than $600 million but that his finances became dire in mid-2015. In his testimony, Joel mentioned that Johnny Depp started spending money on alcohol more than he used to and he became more difficult to meet. When he tried to explain to Johnny Depp about his finances, he became very angry. Joel ended his testimony by clarifying that he did not steal $650M from Johnny Depp’s finances, as the actor claimed in his lawsuit against him and The Management Group.

Johnny Depp’s lawyer, Adam Waldman, also testified where he admitted that he allegedly helped the actor mount a smear campaign against Amber Heard and told the press on three occasions in 2020 that the actress fabricated her claims of abuse against the actor. Because Adam Waldman is still representing Johnny Depp, he could not answer all of the questions asked by Elaine, citing attorney-client privilege. His said statements are a very essential part of the defamation trial and he admitted that to an extent he has seen evidence of things that prove that Amber Heard's statement are a hoax. Adam said there are “nine other witnesses” that can testify at various times that there were no injuries to Amber Heard's face between the 21st and the 27th when suddenly there were bruises.

Tracey Jacobs, Johnny Depp’s former agent who represented him for close to 30 years, also testified and stated that she was fired in 2016 because, according to her, Johnny Depp was terminating everyone in his life at the time she was along for the ride. Tracey added that Johnny Depp did develop a reputation for unprofessional behavior on sets, which included being unprepared, showing up late, and abusing drugs and alcohol, and shared that she flew to Australia twice because she was concerned about his behavior. She said that she made him a star and then he fired her but she also mentioned that she never witnessed any bruises on Amber Heard and no woman before the actress had ever accused Johnny Depp of physical abuse.

The court resumes on Monday! 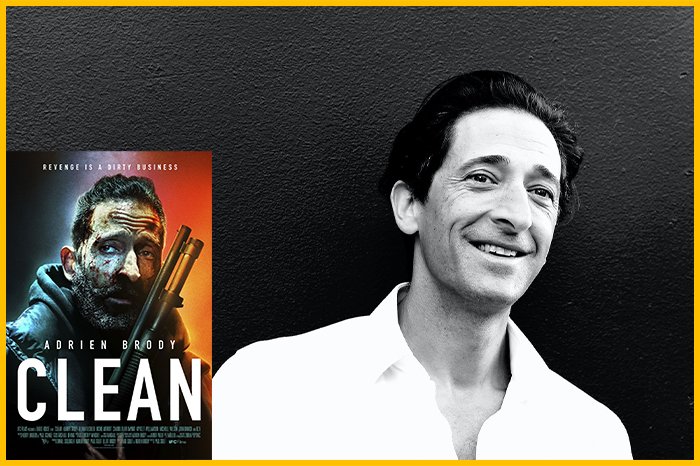 Why Adrien Brody credits his previous work for 'Clean'? 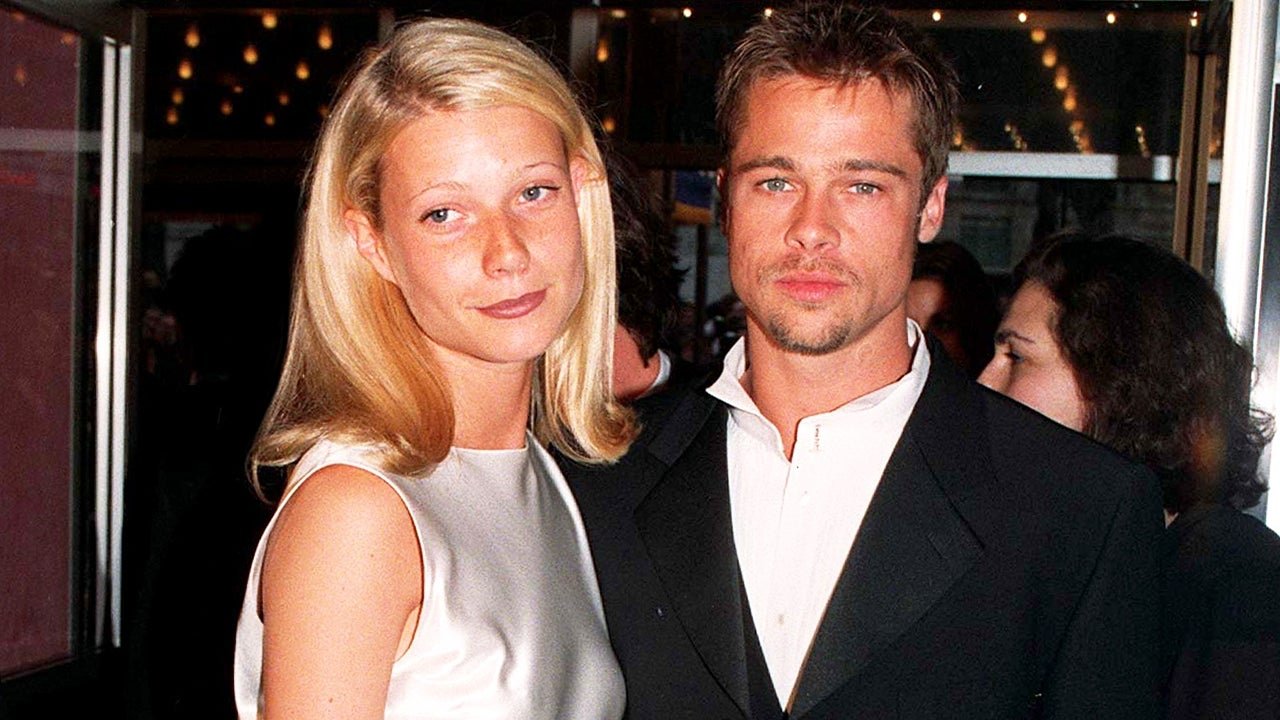 Why did Brad Pitt and Gwyneth Paltrow say I love you to each other? Find out here. 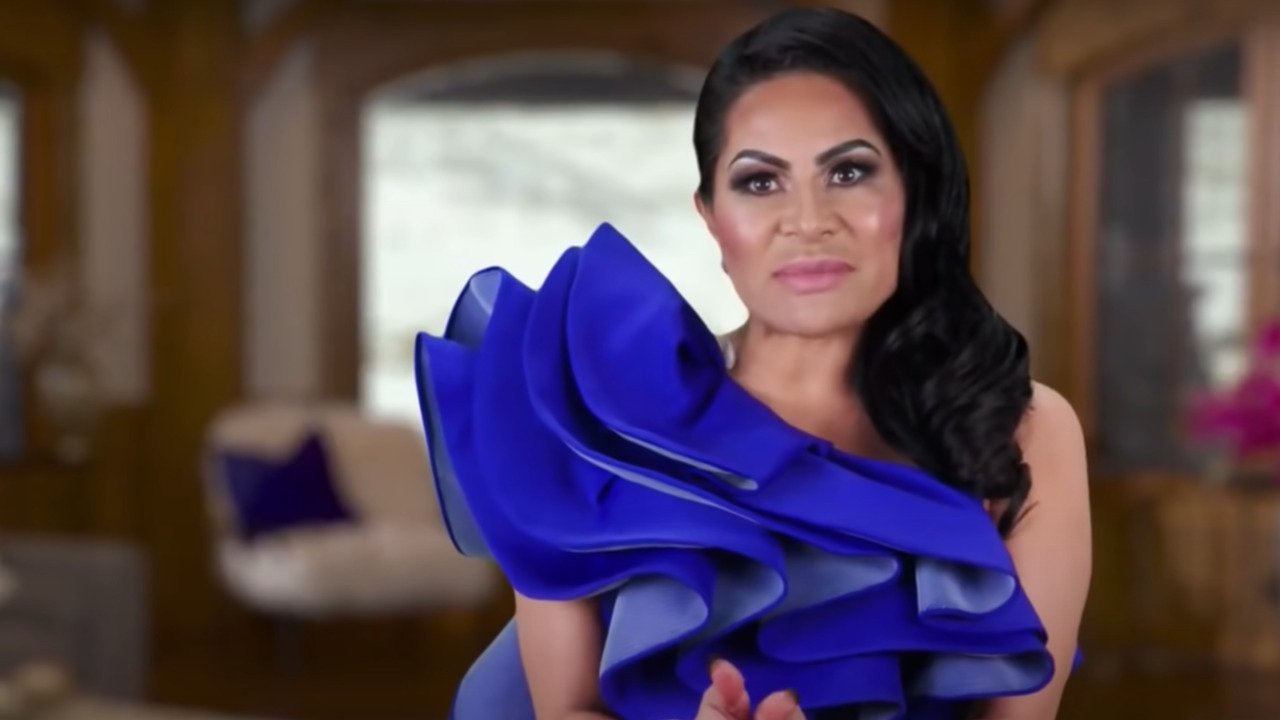 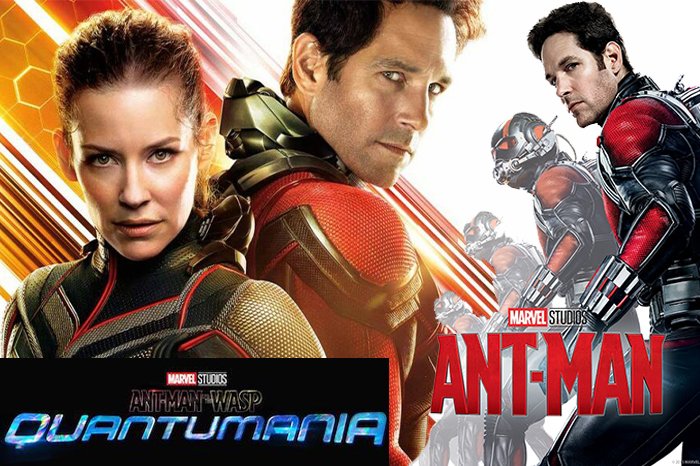 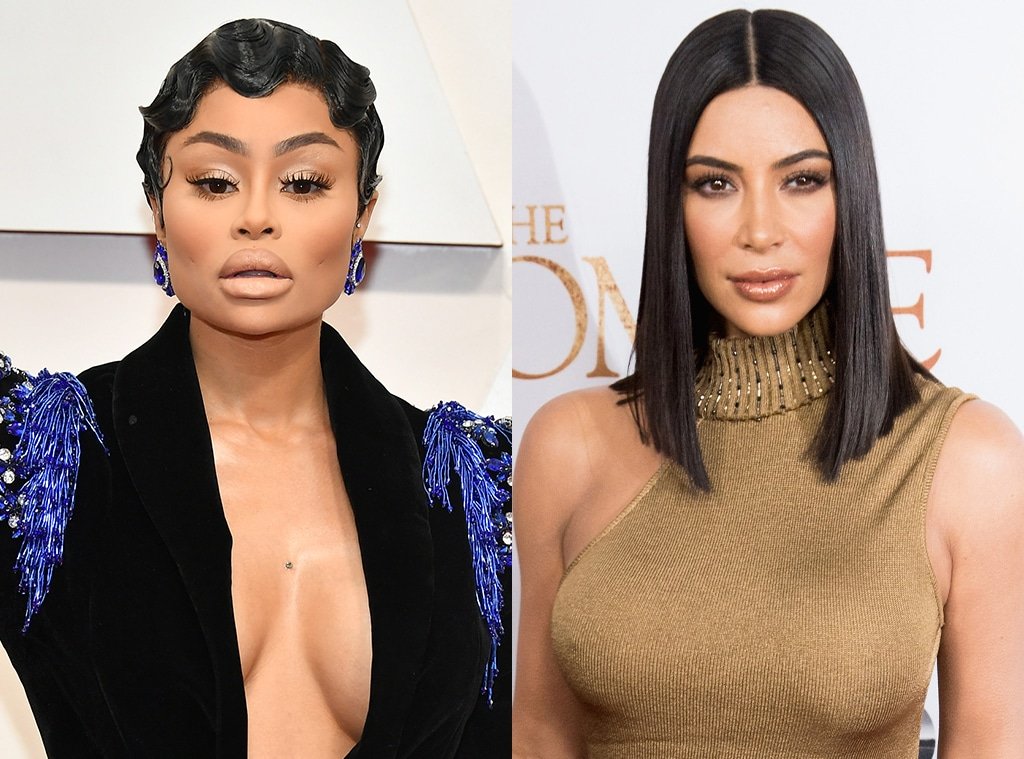 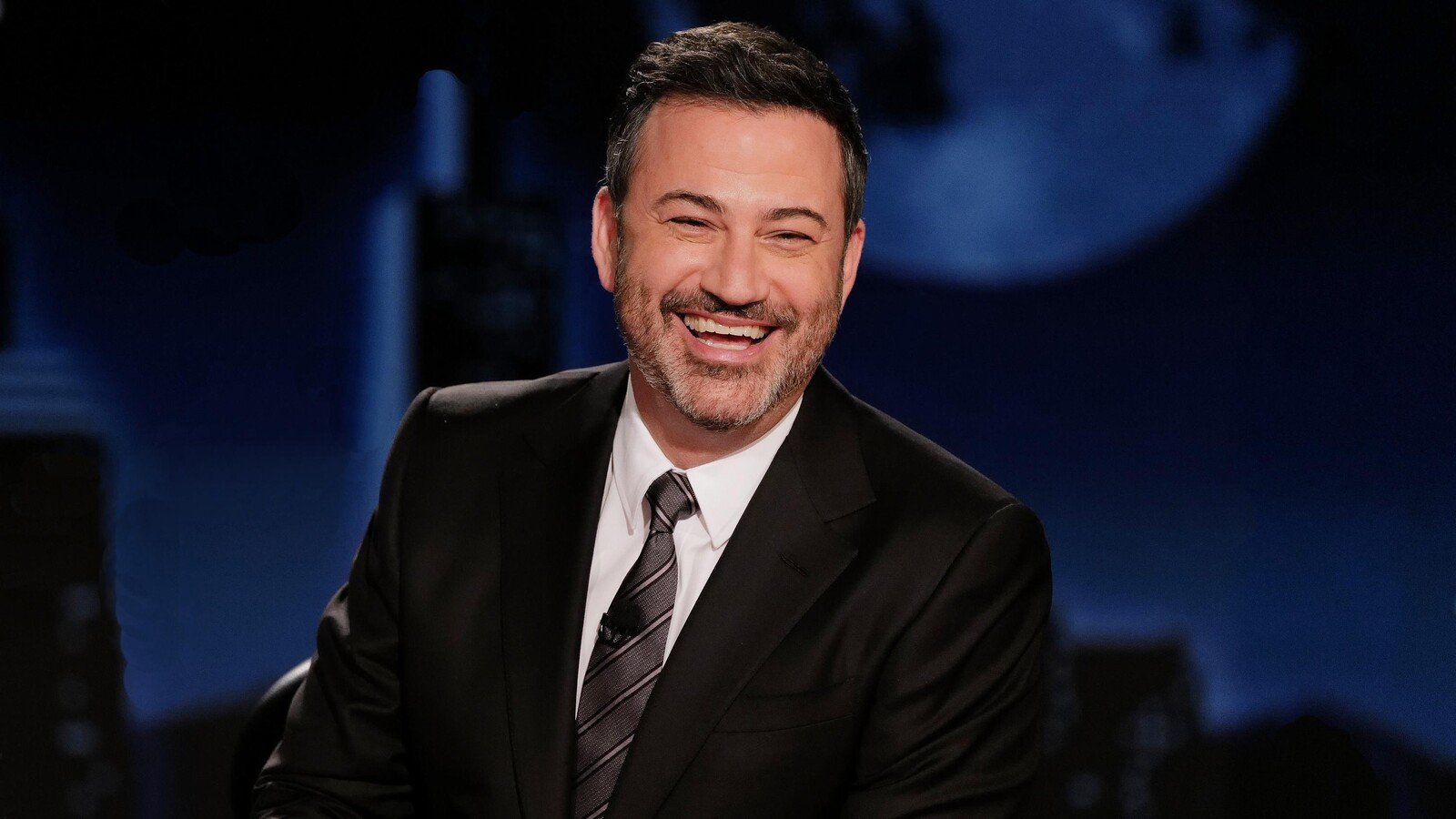